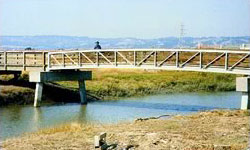 San Lorenzo was part of a large Spanish land grant prior to the United States' takeover of California in 1848. San Lorenzo was mostly farmland from the mid-19th century to the mid-20th century. Many of the original inhabitants have been laid to rest in Pioneer Cemetery, including Moses Wicks, who brought oysters to San Leandro Bay (by boat around the cape) from Patchogue, Long Island.

In 1944, David Bohannon's Greenwood Company began construction of San Lorenzo Village, a tract of two- and three-bedroom homes for workers in the East Bay's war industries, complete with a shopping center. Home construction continued into the 1950s, to satisfy the region's booming need for suburban housing. San Lorenzo was one of the nation's first entirely planned communities and David Bohannon's pioneering of pre-cutting techniques, referred to as the "California method," allowed for use in later developments, such as the more famous Levittown, Pennsylvania.

Sign up and have new listings that match your search criteria delivered to your inbox.